An Introduction to Executive Coaching and Teams

One of the fastest growing Life Coach niches is Executive Coaching. This often means being hired into corporations and businesses for work on a personal level, i.e. one on one coaching, &/or group/team coaching. While most coaches are comfortable working one on one with clients, group coaching or team coaching require additional skills. 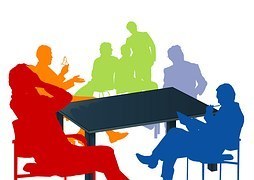 When hired into an Executive Coaching position that involves team or group coaching, the executive coaches’ first requirement is to clearly understand the direction and purpose of the group. Often the Executive Coach will want to know from the management perspective what would a successful outcome look like. In Executive Coaching with teams it is generally the Executive coach who is the facilitator and leader. Not in a directive or dictatorial position, but as an intermediary, who can step in and focus the group or add value when needed.

Executive Coaching with teams requires the coach, to possess excellent communication and listening skills as well as strong leadership skills. In this way, the executive coach can creatively move the group back on task if they have veered off course. The executive coach encourages brainstorming within the group, but can gently offer suggestions to the group, if they observe the group is stuck. Often, an executive coach might suggest taking a short break or provide reviews during the group session to provide clarity or direction to the conversation.

Clearly, strong communication skills are of the utmost importance to an executive coach. In addition, with Executive Coaching a strong understanding of personality types with the ability to negotiate stuck participants is of critical importance. Without these skills, properly motivating and getting to a positive outcome for the group will be impossible. Good executive coaches are able to unify the thinking of the members of the team such that the team has a singular focus. The leadership of a seasoned executive coach will result in each member of the team laying aside personal egos and focusing on what is in the best interest of the team overall.

Step 1 Connection.
In this fundamental step the executive coach welcomes the group, has all participates share their focus or outcome for the group and their particular expertise.

Step 2 Setting up Agreements.
What if any are the guidelines or rules for the group. Executive Coaching requires the coach to note behaviours that are acceptable or not acceptable. For instance, how to interrupt if passions are strong with a difference of opinion. Another issue could be confidentiality; how does this affect this group?

Step 3 Focus.
For the Executive coaching a group, it is important that the coach lay a foundation and lead by asking questions. This will get the discussion started and provide jumping off points for the group to rally around.

Step 4 Equal Voice.
In Group coaching it is imperative the Executive coach provide space for each member to state their personal concerns, confusions or limiting beliefs. This is not a place of hidden agenda’s or allowing members not to participate. Groups are powerful entities and an experience Executive Coaching professional can create successful powerful groups.

Step 5 Moving Forward.
What are the actions that are required for the group or from the group. Talk is good but it is the actions a group takes that creates change and also solidifies the group. These can be large group actions, or mini groups or even individual participant actions.

Step 6 Introspection.
Executive Coaching requires the coach to provide an overview of the progress for the group. To allow others to share their views both positive and negative to how the process is going. 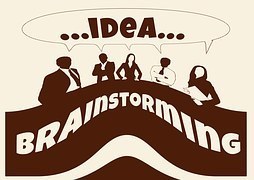 Executive coaches understand the importance of putting “the team ahead of personal egos; and, good executive coaches can skilfully guide a team to successfully achieving the goal the team set. The result is success for the team and satisfaction for the coach. It’s a win-win for everyone!

Executive Coaching requires solid training and a lot of experience. The more the coach works with teams, the more competent they become in leading any team forward to the team’s agreed upon goal. While leading a team through this process can be challenging and sometimes complex, the satisfaction an executive coach feels in seeing a team they have guided, reach a stated goal is rewarding and worth the work.

For additional information on Executive Coaching an excellent resource including detailed research can be found on the ﻿﻿﻿﻿﻿﻿﻿﻿﻿﻿﻿International Coach Federation website﻿﻿﻿﻿﻿﻿﻿﻿.