How Eustress is understood in Wellness Coaching

If the title of this article got you a bit curious, you are not alone. The word Eustress (pronounced (you-stress) is not a very familiar term to most. However, the term Eustress is very familiar to those in the Wellness Coaching specialty. In Wellness coaching, the coach works with clients in areas of their life where a client might have dis-ease or stress in body, mind or spirit.

According to the dictionary eustress is “stress that is deemed healthful”. It comes from the Greek word meaning “good + stress”.

Human beings need a certain amount of stress to move forward and continue to grow. D﻿﻿r. Rich﻿﻿ard Lazarus, a psychology professor at the University of California at Berkeley, has made the distinction between “distress” and “eustress”. He states that “distress” is what is commonly understood as “stress”; it’s negative pressure resulting from adverse circumstances. On the other hand, “eustress” is positive pressure that provides positive momentum for humans to achieve, create and endure.

“Eustress” is felt when we begin a new job, move to a new home, or start a new relationship. It is a positive or even “happy” type of stress. Athletes are experiencing “eustress” when they are “in the zone”; a state of mind where concentration is on a straight trajectory from start to finish. When an athlete is “in the zone”, they are able to exclude all concerns about the surrounding environment and are able to focus only on their one goal.

In Wellness coaching, the coach understands that in all forms of human development “eustress” connects the client to their desire, passion and compelling reasons to move forward. Without “eustress” there would be no desire to pursue goals and an individual would be left feeling adrift, without purpose or motivation. 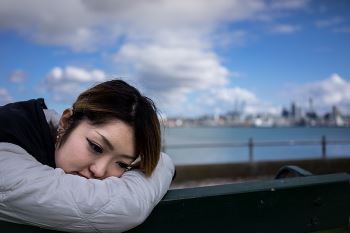 Further, in Wellness Coaching the coach skilfully guides the client away from “distress” by helping the client formulate ways to convert this stress into “eustress”. If a client has committed to working extra hours to finance an expensive purchase they made, the coach might ask the client, “What is the purpose of working the extra hours?” The client would answer by talking about the need for extra income to pay for this new purchase. In so doing, the client forms a mental picture of the item they had bought and that mental picture provides the needed focus and inspiration to remain committed to working extra hours until the purchase is paid for.

Depending on the client’s source of stress, during the Wellness Coaching session the coach might also ask the client to think about one or two contingency plans. As the client begins to articulate these ideas, the coach may point out how these alternative plans (developed by the client with guidance from the coach) provide a safety net that changes distress into eustress.

Additionally, if the coach observes the client is trying to approach a project with perfection, the coach can engage in a conversation with the client in which the client will, using the client’s own words, begin to see how perfection is not a realistic goal. The client may further gain clarity on how clinging to perfectionist thinking may cause the client to begin to feel overwhelmed. The result of overwhelm often leads to little progress, procrastination and possibly an unfinished project. Through the Wellness Coaching conversation, the client starts to see that to remove the burden of perfectionism in trying to reach a goal will convert “distress” into “eustress”.

In Wellness Coaching guiding a client to a new understanding of the difference between “distress” and “eustress” can only result in a successful outcome for the client. Moreover, the client will have reached their goal using their own tactics that evolved during the Wellness Coaching session.